Kevin Clarke conceptual portraits, DNA (Kevin Allan Clarke 1953­) is an American artist/photographer who was born in Brooklyn, New York. He is best known for his 1984 photography book The Red Couch, A Portrait of America and for his conceptual portraits that combine a metaphoric photographic image with the subject’s DNA sequence, known as DNA Portraits.

Kevin Clarke first visited family in Barbados in 1969, three years after independence from Great Britain.He attended The Cooper Union for the Advancement of Science and Art where his principle professors were Hans Haacke, Christopher Wilmarth, and Dore Ashton. Prof Haacke had close ties to the Kunstakademie Düsseldorf and hosted visits by their professors, including Klaus Rinke and Joseph Beuys, who exerted a strong influence. He was employed as an assistant to the sculptor Sylvia Stone and her husband, painter Al Held to support himself while studying.

He graduated with a BFA in sculpture in 1976. He became a member of Artists Meeting for Cultural Change and worked on an anticatalog, a publication protesting the political nature of The Whitney Museum’s Bicentenniel exhibitions 300 Years of American Art and 200 Years of American SculptureAn employment with artist Yoko Ono in 1975 (Pyramids) led Ono to send him to the Yucatan, Mexico to photograph and study the Pyramids. He suffered a near fatal appendicitis attack and was hospitalized for 30 days, barely saved by a horse shot of penicillin. 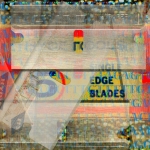 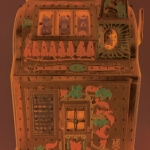 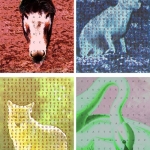 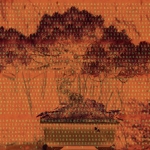